It seems the fastest-growing cities in North Texas are pushing farther towards the outskirts of the Dallas Fort Worth region. The Dallas Business Journal took a look at cities with more than 10,000 people in the latest U.S. Census Bureau estimates and determined the change in population between 2013 and 2017. In the past five years, the suburbs have grown as much as one and half times their original size. Prosper is one of them.

Check out five reasons why Prosper is a city on the move.

Prosper leads the way in suburb growth, experiencing phenomenal growth from 13,000 residents in 2013 to more than 20,000 in 2017. That means that in just the last five years, Prosper has grown by more than 56%, and that growth isn’t expected to slow down.

Prosper is listed on many “best suburbs” lists, situated on the northern boundary of Frisco. It’s been rank as #8 out of the 3,000 or so small cities in America. Subdivisions and master-planned communities here are being built with blue lagoons and beaches available to residents only. This is great for residents, as Prosper is a landlocked North Texas town and has never been known for its beaches – until now.

Crystal Lagoons is a Dallas company boasting projects globally, opening its first lagoon in Texas last August in Humble. Prosper is next up.

Most people living in Prosper, TX are comprised of families. Many move here for the low crime rate and top-performing school district. But they also move here for its green spaces, walkability factor, and access to area attractions, dining, shopping and more.

While the cost of living isn’t exactly cheap, it’s certainly attractive. That’s because the community of Prosper is an affluent one, with the cost of living being about 30 percent higher than the state average. This is due in part to larger houses and their corresponding price tags. You’re paying for peace of mind, better schools and low crime rate.

If you’re facing a move to Prosper, contact us now for a free quote and to book your appointment. We are happy to serve people in and around Prosper as well as throughout the DFW area.

11 Best Places to Live in Dallas-Fort Worth

How to Survive Your Summer Move

A Guide to Planning a Long-Distance Move 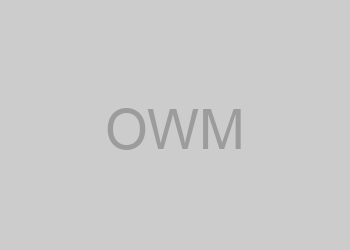